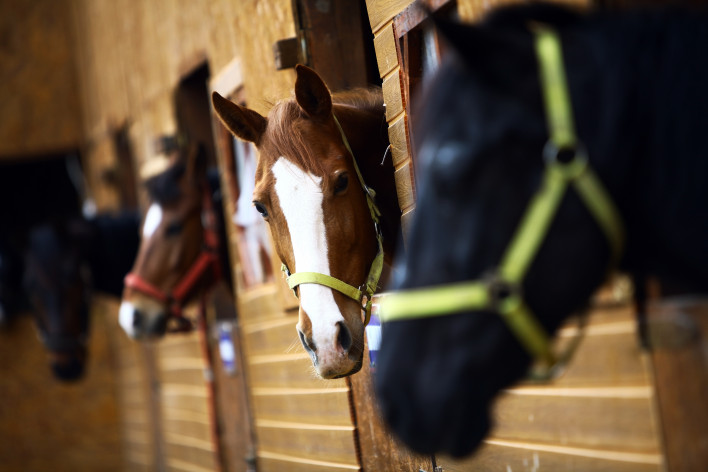 More Horses in the Stable

I’ve been using the excuse lately to not fly of “There are No Planes Available”. And while mostly that’s true, there are probably some other factors going on as well. I’m as heavy as I’ve ever been since my LapBand Surgery and let’s face it, no one has ever called a Cessna 172 “Roomy”. But with the demise of N1151M, the subject of the cover photo of my blog and the first plane I flew in my flight training, my flight school has been down to one single 172. With gorgeous flying weather, this has presented a challenge to obtaining an airplane to fly. Add to it that N84823 has been down in the maintenance shop for a week or so getting it’s 100 hour inspection and there literally were NO planes for me to fly.  They have replaced N1151M with a new (used, but new to them) 172, but it’s been in the shop for awhile now getting updated avionics and FAA approval for use at the flight school.

My flight instructor had gotten signed off to use the planes at nearby Spanaflight and mentioned that if I wanted to get checked out in them, she’d b happy to do that. I’d been putting it off for a bit, but this weekend when there were literally no planes to fly at Safety In Motion, I asked Meg how I could see the schedule at Spanaflight.  I knew I needed to be a pilot there to see the schedule, but on the off chance there was another way, thought I’d ask.  She was on her way there and told me she’d let me know if there were any planes available. She got there and told me there were TWO 172’s available ALL day. What manner of aviation God is this? That not one, but two 172’s are available ALL day? I told her I’d ping her after Teri and I were done with some errands and we’d go from there.

Teri and I ran to Home Depot for some gardening supplies and I just happened to have my flight bag in my car. So we stopped at Spanaflight on the way home and I chatted up the new owner, Doug Miller. Doug and I serve on the Thun Field Advisory Commission through Pierce County, so I had met him once prior to yesterday. I gave him my pilot’s license, my medical certificate, my log book and he made copies of everything he needed. Teri and I headed home and Meg texted when she got back from a lesson. So I headed back to the airport with my passport (more ID requirements) and hung out while she finished up with a student. 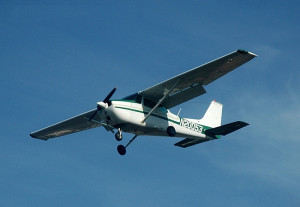 We checked out the plane, N20053, and I headed out to do a pre-flight. This was the first time in nearly a year that I was going to have an instructor with me. I am also 100 pounds heavier than I was then. To say I was nervous was an understatement. But I am a licensed pilot, I HAD flown the previous weekend so I was sure I was going to be fine. But nervous none the less. The preflight was good, Doug towed us over to the pumps and I proceeded to fill up the plane with AvGas. Doug even washed the windscreen for us! Talk about service!

We taxied for runway 3-5, did our runup, and headed out. It was weird making the radio call with a new tail number. N-20053…

Rolled out onto the runway and applied full power and off we went.  The plan was to head over to Tacoma Narrows as it had been awhile since I’d done any work at a tower controlled airport. So after taking off we climbed to about 1,500 feet and departed to the Northwest. On our way we got the ATIS from Tacoma Tower and called them over the Tacoma Dome:

It took me a minute to find the Ident Button on the Transponder, but I did find it and pushed it.

We flew out over North Tacoma and Meg asked me what the traffic pattern altitude was for Tacoma and I replied 1,300 feet. We were at 1,700 feet and I had already started my descent. We turned over the Narrows Bridges and I asked the Tower to call my base turn.  I wasn’t seeing the traffic in the pattern so I just asked for a little assist. We turned base and then final. My landing was pretty darn good in my opinion and we asked for permission to taxi back and did. We took off from Tacoma Narrows and the PLAN was to head back to Thun Field. We were just over downtown Tacoma and had switched from the Tacoma Tower frequency to Thun Field’s frequency when we heard “Thun Field runway is closed due to an incident” and heard that it would likely be closed for an hour or more. Beautiful! We had plenty of gas and I was thinking we’d just go do some sightseeing. But when Meg suggested lunch at Tacoma Narrows, I was in. We turned back around and called the Tower and headed back.

We had lunch at the Hub, I called Teri and Meg called Doug. We found out someone forgot to deploy their landing gear coming into Thun field and it would be awhile before they would be clear of the runway. I can’t imagine anything more embarrassing as a pilot. I’m almost not wanting to get my complex endorsement just because I hear about a few of these every year. That’s why it’s important to get your GUMPS check in EVERY TIME!

Very glad no one was injured, sad for broken airplane and bruised ego.

After lunch we did another pre-flight and headed back to Thun Field. My landing wasn’t my best, bounced once or twice . . . I had too much speed coming in . . . I knew it, tried to fix it, didn’t and bounced.  But I bounced on the centerline, so there is that. Lemons – Lemonade. We secured the airplane and voila! I now have 5 horses in the stable to fly. Well when SIM gets their 172’s back up and flying I will.  But for now I have three options instead of two.  So hopefully that translates into more flying posts from John this year!

3 Comments on “More Horses in the Stable…AND an Adventure!”