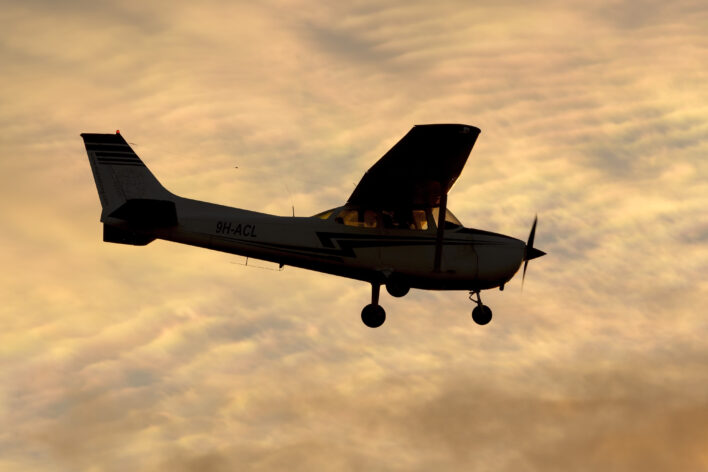 “Just a guy, trying to fly, both literally and figuratively” is the tagline I came up with for this website. Revisiting it today, I realize it’s as fitting as it ever has been. Originally I created this website in order to detail my frustrations with getting my 3rd class medical certificate through the FAA. I eventually conquered those challenges and went on to become a private pilot. During that I was able to reduce my weight from around 310 pounds to 247 pounds. My flight instructor nicknamed me “Wog” . . . it’s short for “Pollywog”. A Pollywog is what becomes a frog as it matures. During the process the Pollywog loses it’s tail. Through the process of getting my pilot’s license, I literally worked my tail off both fighting with the FAA to eventually grant my medical certificate and by losing 63 +/- pounds.

I achieved my pilot’s license in May of 2015. It was without a doubt one of the most proud moments of my life. It was a lifelong goal. And for a couple of years I flew pretty regularly. And then I didn’t. Then all of a sudden I was putting 12 hours a year on a plane. And I was finding it harder and harder to squeeze into the airplane. The last time I flew was February 23, 2019. The flight school I was renting from had increasingly made it tougher and tougher for renters to fly. They were seeing an influx of student pilots and were catering (right or wrong) to that group of pilots. So about every 3 months I would go up to the airport and fly a few laps in the pattern to maintain currency with the FAA. Logging about 1/2 hour each time. While I was current technically, I wouldn’t say I was proficient. I wasn’t logging cross country time, I wasn’t communicating with towers or air traffic control. I was literally just flying around in rectangles. That got seriously boring after awhile and when I looked up it had been a year since I’d been flying. Then two. Now it’s almost 3 years since I’ve been behind the controls of an airplane. And I’m sick about it. Flight training isn’t inexpensive. Flying is my happy place. I haven’t been in that happy place for 3 years. And this Frog became a Pollywog, then ate the Pollywog and ate it again.

When I looked up and looked at the scale last December, I weighed in at 389.3 pounds. I mean what the actual f**k? Since 2014 I’ve gained 140 pounds. I’ve heard of the COVID 15, but this is f***ing ridiculous. So it was time to put a plan together. As this blog has outlined in the past, I went back on Keto and was able to get down to about 365 or so over a couple of weeks. And that was before Christmas. Then I fell off the wagon again and when I weighed in early January I was back to 381. Friends had been doing Optavia and I read a number of “I lost half my body weight” articles from People Magazine in December that also mentioned this Optavia. I don’t believe in signs and I took that as being one. So I contacted my friends, who put me in touch with their coach and I signed up for the program.

Teri and I had a fabulous weekend in Vegas in January. It was shortly after knee surgery for me and we ate our way through the entire weekend and saw an amazing show with Shin Lim. (I am a nerd for magic and illusions) When we returned we started the program. We’ve been doing it nearly a month now and I’m down to 356.6 Lbs. About 25 Lbs down. I’m feeling good. I know this program is NOT a forever thing. It’s a means to an end. Staring at having over 150 pounds to lose, after you’ve seemingly done everything in your power to be lighter and healthier over the years, is a daunting task. Keto/Carnivore is still the way I think I was designed to eat. And I can’t seem to maintain it very well for more than a few weeks or a couple of months. So I’ll go back to experimenting with that and attempting to make it stick when I get closer to my goal weight. Until then I’ll do this.

Back in November of 2020 I weighed myself at 375 pounds and created this plan where I put stickie notes on my mirror. Each note represented 1 pound. There were 76 stickies on the mirror. It represented the path to being under 300 pounds for the first time in forever. Each 25 lbs I would reward myself. At 349 pounds I would schedule to speak with a flight instructor and go for a flight and get back in the air. At 324 there was another reward (to be revealed at a later date and yes it has to do with flying) and at 299 there was another reward, which honestly I can’t remember.

I made it down to 357 lbs and there I got stuck. Those f***ing stickies have been on my mirror for 15 or so months taunting me. Telling me I’ll never see myself in the mirror again because I’m not good enough to lose the weight. I lack discipline. I don’t have the drive. I don’t have the desire. I really don’t want to change. I’m comfortable being that fat kid I grew up with that was incessantly teased about his weight. As I mentioned, not only did I go back past 375, I damn near hit 400 pounds.

I’m happy to say that this past weekend I was able to remove the stickie that represented 357 pounds. It took me 15 months to lose 1 pound. And I didn’t give up completely. I was asked a couple of times if I was going to take the stickie notes down and I said “No”. I wanted them there as that reminder. It felt SO DAMN GOOD to peel that stickie note off of the mirror this weekend. And I’m not done. Not by a long shot.

Today I have a meeting with the Chief Flight Instructor, Shawn, at Safety In Motion (SIM) Flight Center. We’re going to discuss a plan to get me back in the air. I’ve never let my 3rd class medical lapse, mostly because of what a pain in the ass it was to get, and I knew I’d be flying again. AND I have my flight physical on the 23rd of February to renew it for another year. With any luck and a bit of perseverance I will be under 350 pounds again in the next couple of weeks and will again take to the skies.

Still trying to fly. Still not giving up. Here we go.